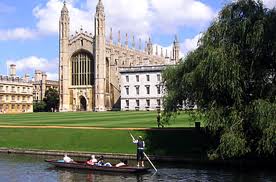 The Council of Sidney Sussex College offers annually, for men and women of any nationality, a number of Evan Lewis-Thomas Law Studentships for research or advanced courses in Law or cognate subjects in the University of Cambridge. The Evan Lewis-Thomas Law Studentships, which are subject to reviews of diligence and progress, are tenable for one year in the first instance but may be renewed annually, up to a maximum of three years. Their value depends on the candidate’s needs in the light of support from other sources and on the availability of income from the Evan Lewis Thomas Fund.

Under the terms of the will of the late Judge Evan Lewis-Thomas, candidates must have shown proficiency in Law and Jurisprudence, normally by obtaining a university degree in Law by August 2010, and they must be or become candidates for the Ph.D. Degree, the Diploma in Legal Studies, the Diploma in International Law, the M.Phil. Degree (one-year course) in Criminology, or the LL.M Degree.

If candidates of sufficient merit present themselves, elections will next be made to up to five Studentships (of between £1,000 and £3,000 per annum, reduced to £1,000 if full funding is obtained from another source) in May 2011.

Election to a Studentship may be made conditional upon satisfactory results in degree examinations and is in all cases conditional upon the person elected being accepted by the Board of Graduate Studies if he/she is a candidate for the Ph.D. Degree, the M.Phil. Degree or a Diploma, or by the Degree Committee for the Faculty of Law if he/she is a candidate for the LL.M. Degree.

Students from other Colleges may apply for any of these awards, but if successful they would be expected to transfer their membership to Sidney Sussex College. In the competition for the Studentship, no preference will be given to candidates who nominate Sidney Sussex as their College of first or second choice on their application form.

The O2 MBA Scholarship 2011 at University of Reading, UK