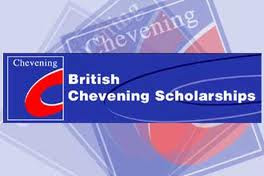 Full scholarships are offered for one year Master degrees at United Kingdom universities and other professional institutions. The scholarships would cover living costs, tuition fees and return airfares.
The deadline for applications for 2012/13 Chevening Scholarships in Indonesia and East Timor is 15 January 2012.

Applications 2012/2013 Chevening scholarships should be made via the official website.

Candidates should be aware that Chevening 2012/2013 is aligned with delivery of the FCO`s priorities. More information about these is available at official website.

The Chevening scheme is highly competitive, with only the best applicants invited for interview. We particularly encourage applications from individuals based in eastern Indonesia. Candidates will need to meet the following basic requirements:

Other information relevant to applications will be posted on this page and at official website as well as on the Chevening Facebook page.

All candidates are encouraged to start researching appropriate postgraduate courses at UK institutions and making applications directly to them as appropriate.

The Felix Scholarships at University of Reading