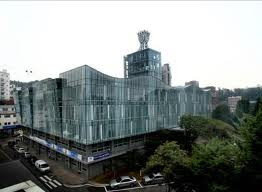 Eligibility for Application, Required Documentation and Application Procedure : the same as the 2012 KGSP application guideline

Campus Life (Residence Hall)
Chung-Ang University houses Korean Government scholars in the new student dormitory which opened in fall 2010. Both Korean and internationla students live in the dormitory to provide an international atmosphere. The Monthly rent is around $300USD for a room with four beds and $350USD for a room with two beds. The price includes meal coupons.