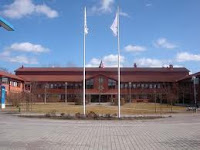 Research area
The student will work on an interdisciplinary project on study of quantum scattering and conductivity in novel super material graphene aiming at better understanding of the relation between microscopic properties of this material and its macroscopic observed characteristics. The project will be conducted in close collaboration with Igor Zozoulenko (ITN).
Duties
The duties consist of graduate studies and tutorial teaching at most 20 percent of the total work time.

Applicants should have a degree on advanced level with at least 60 ECTS credits in mathematics or other subjects with a strong mathematics content.
Appointment procedure
When evaluating applications, the ability to conduct postgraduate studies will be considered primarily.
Equal opportunities
Linköping University requires the knowledge and experience of both women and men. The university therefore welcomes applications from both women and men to all kinds of positions. Since the majority of graduate students in mathematics are men, priority for this position will be given to female applicants if the qualifications are equal.
Time of appointment
The appointment is given for one year at a time and will be renewed yearly subject to successful performance of duties. The programme corresponds to four years full-time studies. Normally, the studies are combined with 20 percent tutorial teaching, which gives a period of employment of five years. The total period of employment cannot exceed eight years.
Start of employment
According to agreement about 2011-08-01.
Salary
The commencing salary for a graduate student is at present 22 900 SEK/month. The subsequent salary will be based on locally agreed salary increments.
Information
Procedure of application
The application should be sent to Registrator, Matematiska institutionen, Linköpings universitet, SE-581 83 LINKÃ–PING, Sweden, (registrator@mai.liu.se), and marked Dnr MAI-2011-00049; it should include a list of qualifications and such other documents as the applicant considers relevant (e.g., CV, transcripts, a Master`s Thesis (finished or draft), letters of reference etc.).

The application must be received by the registrar no later than June, 6th 2011. Late applications will not be considered. Documents that are sent electronically must be in MS Word (.doc) or Adobe Acrobat (.pdf) format.

Doctoral Programme in Quantitative Economics and Finance at University of Konstanz

70 PhD Studentships at University of Sussex